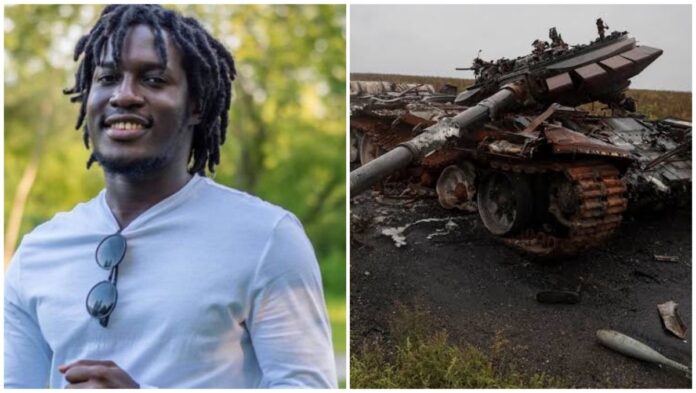 Zambian authorities said they would travel to Russia next week to recover the body of a 23-year-old Zambian man who died in fighting with the Russian army in Ukraine.

His family and the Zambian government are still awaiting replies from Moscow about how he was drafted into the army while serving a nine-year sentence in Russia.

Zambian Ministry of Information and Communications spokesman Thabo Kawana confirmed that the Foreign Ministry is leading efforts to bring Lemekhani Nathan Nyirenda’s body back to Zambia for burial.

Kawana said the Secretary of State is in contact with Nerenda’s family and has visited them.

“The government continues to provide support at this difficult time and is doing everything it can to arrange the burial and transport the body to Zambia,” Kawana said. “By using our diplomatic channels and our all-weather cooperation between Russia and us, we will be able to get to the bottom of this problem.”

A student, Nyirenda was born into a middle-class family of University of Zambia professors Edwin and Florence Nyirenda. He was the youngest of four children.

Also, read; Ghana Plans To Abandon US Dollar As it Moves To Use Gold To Buy Oil In International Market

Nyirenda had a twin brother, Tifu. Older sister Monangalu Nerinda said Limikani has big dreams for Zambia’s development. She said her close-knit family was devastated by her death.

“He was our little brother,” she said, “they robbed him of his bright future.” “Why? Why? It hurts so much, we need some answers from Russia.”

Peter Daka, a close friend of Nerenda and a resident of Moscow, described him as a determined and bright young man.

“He was definitely a good boy, serious and determined in what he did; I personally never understood what scandal he got himself into in 2020, it’s sad that we lost him in the end,” said Daka.

For Boniface Chimbe, a human rights lawyer and executive director of the Southern African Center for Constructive Dispute Resolution, a human rights think tank, the basic human rights of Micani Nerenda of Russia were violated.

“There are human rights issues … especially when it comes to someone’s consent,” Chimpy said.

The Russian embassy in Lusaka declined to comment on the matter, although it agreed to a press request.

He said Nyirenda was killed at the front in September, but Russian authorities had just informed Zambia of his death.

Kakubo said Zambia has demanded answers about the student’s death and why he was sent to Ukraine.

Many Zambians were shocked by the news, but also frustrated that the government had not shared more information to explain the circumstances that led to the student being sent to Ukraine.

Share
Facebook
Twitter
Pinterest
WhatsApp
Previous article
Ghana Plans To Abandon US Dollar As it Moves To Use Gold To Buy Oil In International Market
Next article
President of Equatorial Guinea, Obiang, Re-Elected For Sixth Term