Zanzibar To Build The Worlds Tallest Eco-friendly Tower, Made Completely Out of Wood 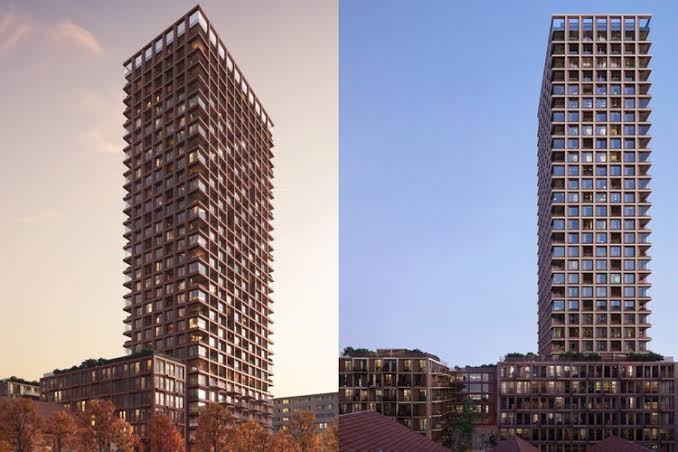 Zanzibar plans to perform a feat of ingenuity as its architects draw the plans for the world’s tallest green tower.

Dutch architect Leander Moons, who named the project Burj Zanzibar, conceived the idea of ​​building a skyscraper using hybrid wood technology. This plan was presented to the public on October 1, 2022 in Muscat, Oman.

The proposed idea is a 28-story apartment 96 meters high made of wood. This would be the first building of this size to be constructed primarily of wood, a milestone achieved for the first time in Africa.

The apartment is also intended to be a hybrid commercial/residential building, in a playful beehive style overlooking the sea. The architect’s goal is to create a building that can be the model for future ecological skyscrapers.

Also, read; Liberia Seize and Destroy $100 Million Worth Of Cocaine

CPS CEO Sebastian Dietzold said, “The Burj Zanzibar will be the culmination and natural continuation of our efforts to provide sustainable housing in Africa and thereby strengthen local employment and businesses.”

This project is considered the tallest wooden building in the world and the first skyscraper in Africa to use this innovative technology.

“As a global architectural highlight, the Burj Zanzibar will set new standards for construction in the 21st century,” concluded Sebastian Dietzold.

The island nation has taken great strides to build an independent and sustainable economy. By taking advantage of its abundant water resources, it aims to distinguish itself as one of Africa’s most inventive economies through its blue economy.

Earlier this year, the country launched its initiative to attract $6 billion in African tech companies.