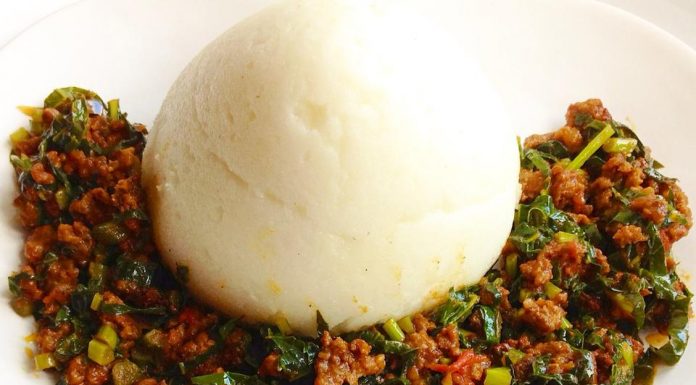 Have you ever eaten Kapenta with Sadza? If you have ever visited Zimbabwe and you missed eating this dish, you have not lived.

Eating Zimbabwe’s best dish is one of the best things that can happen to you on holiday. Many tourists who have visited Zimbabwe love Sadza with Kapenta and some even learn how to make it.

They say that music is the food of love, if you have not eaten Kapenta with Sadza; you have not fully known the love of Zimbabwe.

Zimbabwe locals often pronounce this meal as ‘matemba’. It is a beautiful dish made of fish and eaten in many regions of Africa as well as in the countries Zimbabwe and Zambia.

The two countries mentioned above have large fisheries and harvest all kinds of fish in the nearby Lake Kariba.

Kapenta with Sadza-The Best of Zimbabwe

Tourists and visits to Zimbabwe are always excited to eat Kapenta with Sadza; it is the highlight of their mealtimes.

Kapenta with Sadza is a pile of crisp-fried kapenta. It comprises two different species of small freshwater fish. These fish are native to Lake Tanganyika.

It was artificially introduced to Lake Kariba. They are a much-loved source of protein to the people who live in Zimbabwe and Zambia.

Like many dishes, the kapenta is accompanied by other delicious meals such as maize porridge. The maize porridge is the Sadza. Kapenta is available as a dried and fresh meal. It is stewed using tomatoes, onions, groundnut powder and it is served with fresh greens.

Kapenta with Sadza-Zimbabwe and its favourite dish

Often children as young as 6 months start eating sadza as one of their first meals when they are being weaned from breast milk. Some babies eat sadza earlier than 6 months.

The young and old eat sadza for lunch or dinner with different accompaniments. You can eat it with pap, vegetables, or beef stew.

Sadza is easy to make and even easier to make. If you can boil water, and stir the flour, you are more than 50 percent sure that you will enjoy cooking and eating sadza.

Kapenta with Sadza-How to eat this traditional dish

This traditional Zimbabwean dish is highly revered. It is practically forbidden to eat this dish with a knife and fork. Kapenta is eaten traditionally. The readily accepted way to eat this dish is by scooping up the Sadza with your hands and dipping it in or rolling in the accompanying fish and delightful substitutes.

The only other meal that comes a close second to the Kapenta is the fresh bream or tilapia from Lake Kariba. This is grilled or fried with plenty of lemon butter. It is also very tasty.

Kapenta is a very healthy dish that is rich in protein. What with the fish and the cornmeal.

One of the first things that you do before you begin cooking the kapenta is the act of drying your fish in the sun. You can also place the fish on a rock in the sun for the day when the sun is shining.

Once the fish dries in the sun, its preservation quotient has increased. It can last for long periods without refrigeration. This is a huge source of protein to the locals. The Kapenta is also a common ingredient in the meals that Zimbabweans and Zambians eat. The stewed Kapenta recipe is the essence of the type of traditional cuisine eating in Zimbabwe.

Kapenta with Sadza-How to serve the dish

One meal can serve four people. Sadza with kapenta is a delicious and nutritious dish that is enjoyed by the Zimbabwean people. Tourists also enjoy eating sadza and kapenta. It has an exotic taste and is very attractive to the eye.

One lb of dried Kapenta fish

Sadza is not a stand-alone dish. It is often accompanied by a dish such as Kapenta. This part of the article is for teaching us how to make Sadza.