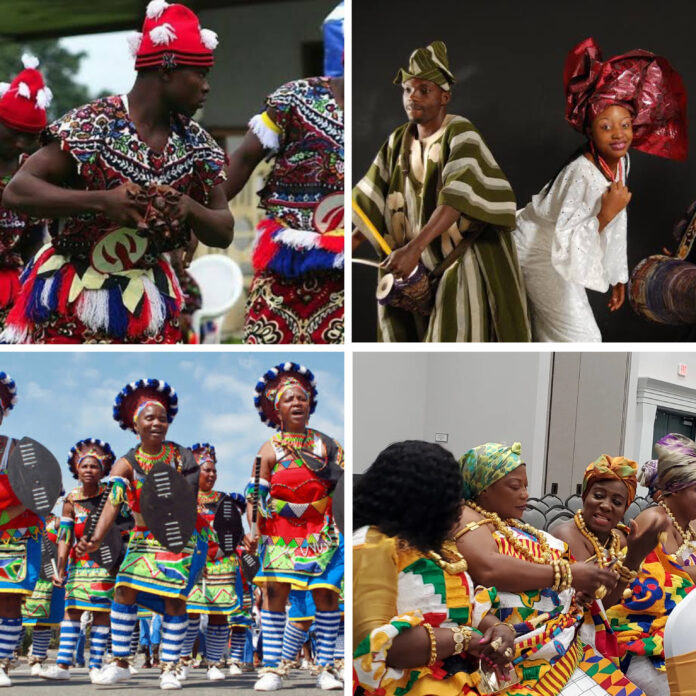 Africa is the second-largest continent in the world and with a lot of natural resources and breathtaking locations, the continent boasts a rich and diverse culture.

Not only does it boast a diverse culture, some wealthy people are also from Africa that is why we would be talking about the 10 richest tribes in Africa.

Take for instance, Elon Musk, the richest man in the world is from South Africa.

Also, it might surprise you to know that Africa is said to have about 3,000 tribes from its 54 countries.

In this post, we would highlight the 10 richest tribes in Africa (in no particular order) out of the numerous tribes you find on the continent.

The northern regions of Nigeria is home to the Hausa and Fulani ethnic groups. These tribes are also found in the neighboring nations of Chad and Niger Republic.

Both tribes have intertwined for such a long time that it is somewhat impossible to tell them apart in terms of look, culture, and religion.

This is why they are also known as Hausa-Fulani.

These tribes are one of the richest tribes in Africa with a population that mostly engages in agriculture and business.

It might interest you to know that the current president of Nigeria, Muhamadu Buhari, and Aliko Dangote, Africa’s richest billionaire, are descended from these tribes.

Zulu is known to be South Africa’s largest ethnic group and they are sometimes referred to as “the people of the skies.”

Interestingly, a small number of this tribe is said to be found in Zambia, Zimbabwe, Mozambique and even Tanzania.

The Zulu are involved in business; they work in a variety of industries, including construction, retail, auto dealerships, and agriculture.

The Zulu are politically active due to their leadership in the struggle against apartheid. They currently hold important roles in South Africa’s government.

This tribe also takes pride in their past. The Zulu tribe were one of the peoples who heroically resisted the British Invaders when they arrived in South Africa.

In Nigeria, the Yoruba tribe is the most well-known, however they are also present in southern Benin Republic.

This tribe is typically found in the western region of Nigeria which are, Ogun, Lagos, Oyo, Osun, Ekiti and Kwara.

This tribe is quite involved in Nigeria’s politics and they can be likened to be the most educated tribe in Nigeria too.

One can also say that they have a significant amount of control over Nigeria’s foreign trade; Lagos is the most significant port city in West Africa.

It’s no surprise that this is one of the richest tribes in Africa because some of the richest men and women in Africa come from the Yoruba tribe (Folorunso Alakija, Bola Tinubu, Mike Adenuga, and Femi Otedola).

The Igbo people are primarily entrepreneurs.
The Igbos have a culture where an apprentice lives with their employers and carefully observes how they conduct themselves in all facets of life, most especially business.

This practice is still in existence and it has given rise to numerous prosperous businesses in Nigeria.

This was how Cosmos Maduka, founder of the Coscharis Group, started out and is now one of the richest men in Africa.

Although the Igbos are business minded, you can still find a number of them actively involved in Nigeria’s politics.

Sometimes referred to as the Transvaal Sotho, Northern Sotho, or Bapedi, the Pedi is a tribe from South Africa.

The robustness of the South African economy is another factor in the riches of this tribe.

On the other hand, a large portion of Pedi people are pastoralists who also engage in agriculture.

As a result, both the food they grow and the land they own contribute to their wealth which makes them one of the richest tribes in Africa.

The population of the Pedi is estimated to be about 11 million.

The next on the list of the richest tribes in Africa is the Suri tribe.

The Suri is a collective term that refers to both the Suri Chai and the Suri Timaga as well as other nationalities of people who reside in the huge Suri woreda in southwest Ethiopia.

This tribe, which speaks Surma, primarily inhabits the highlands and they can be found in Sudan and Ethiopia.

One interesting culture about this tribe is that they are prohibited from getting married outside of their tribe.

The Suri people are pastoralists by nature and use modern techniques like harvesting and selling agricultural products in bulk.

Although they are spread out over South Africa in smaller numbers, the Xhosa people are mostly found in the Eastern Cape Province of South Africa.

In South Africa, it’s believed that one of the ways to recognize a Xhosa person is by their language or by them telling you that they are Xhosa.

They speak a very unique language that includes clicking noises in some of its vocabulary.

The Xhosa community is interested in agriculture, business, and academia.

Over one-third of Ethiopia’s citizens are Oromo, the country’s largest ethnolinguistic group.

The Oromo tribe, which comprises about 40% of Ethiopia’s population, is the most well-known in the country.

Ethiopia is a legendary kingdom that has long been the pride of Africa.

The Oromo Tribe specializes in commerce, farming, and real estate.

The tribe also takes part in politics and the administration of the government.

Due to the amount of gold found in the Ashanti’s area, these people have been prosperous since ancient times.

In fact, the list of the richest tribes in Africa wouldn’t have been complete without the Ashanti tribe.

The Ashanti people are now active in a wide range of spheres of society, including politics, business, sports, and more.

They have made significant contributions to the development of Ghana’s economy.

This tribe is extremely affluent since Kumasi, which is a part of their ancestral home, is currently one of Ghana and West Africa’s financial hubs.

Elmolo, Dehes, Fura-Pawa, and Ldes are some of the names used to refer to the El Molo.

Most members of the Elmolo tribe are located in Kenya’s northern Eastern Province.

Many of them work in the hotel sector and are also tour guides in addition to engaging in hunting and fishing.

Since a large portion of their land is legally protected, when you include the worth of their land, they are extremely wealthy.

Despite being the smallest tribe in Kenya, this is one of the richest tribes in Africa.

In conclusion, Africa is undeniably a continent with intriguing tribes, rich history and amazing cultures.