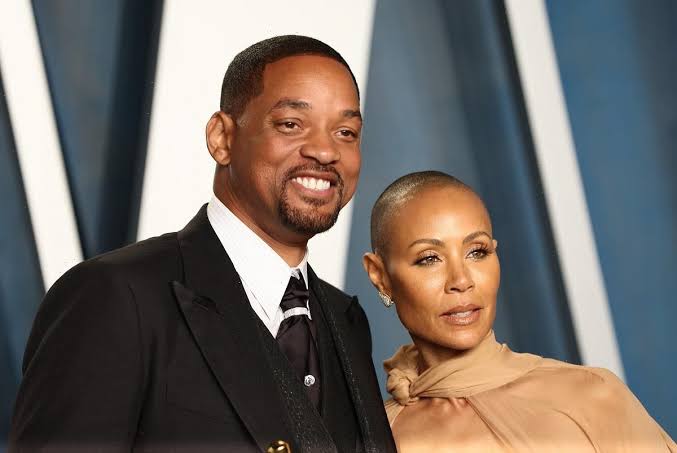 Will Smith didn’t want to kiss Rosario Dawson without Jada Pinkett Smith being with him on the set of “Seven Pounds.”

Megastar Will Smith is accustomed to being intimate with his co-stars on screen.

But there was a point in Seven Pounds where Smith felt particularly nervous about acting out those close-up scenes with co-star Rosario Dawson.

Because of this, Smith wanted his wife with him while doing the scene.

In Seven Pounds, Will Smith plays an IRS agent who offers parts of his body to those in need of a donor.

Dawson played Smith’s love interest in the film, but she had also previously worked with the Oscar-winner for Men in Black II.

Dawson shared that there were a few notable differences between working with Smith on Seven Pounds and their previous film.

I didn’t recall him having an acting coach on Men in Black II, but I could be wrong,” Dawson said in an interview with Vulture.

“Since then, he’s done Ali, so besides punching everything on set, that also gave him a gravitas that he really hadn’t had before.

As goofy and fun as he can be, he worked with his acting coach a month before [shooting] Seven Pounds. ” But Dawson also felt that staring in Seven Pounds might have had a profound effect on Smith that even his wife noticed.

“And it changed his personality to a certain extent. He was staring at people, to the point of discomfort. We’d have these conversations on set because I became really curious as to whether I was talking to Will or Ben.

And I think at times he didn’t even know. It was interesting talking to him about going home and hearing that Jada was telling him, “You’re driving me crazy!” ‘You really need to stop staring at me like that,’ she reflected.

Dawson revealed that one of the more difficult scenes to get through was their love scenes.

If only because, according to her, the Bad Boys star was shy when it was time to get intimate.

So the point was like, ‘OK, I know I don’t smell bad… I know I brushed my teeth. I did the deodorant! ” She tried offering Smith words of encouragement to help ease his worries. You are just nervous. You’re nervous about kissing me. Don’t worry baby, I’ll be gentle, “she remembered telling him.

Ultimately, Smith only felt better about kissing Dawson if his wife was present.

But, before Smith’s love scene with Dawson, Jada Pinkett Smith would have some words for him.

“He wanted Jada to be on set,” Dawson continued. And she was letting him know, ‘Baby, you really need to bring it! Don’t embarrass me. ’ So, she was on my side on this one. ”

Will Smith had trouble with the “Seven Pounds” love scene because of how he was raised.

Smith would later concede that Dawson was telling the truth about their encounter. “That’s a lie. “All right, that’s a little bit true,” Smith said.

“I like being respectful… [The scene was a lot like being in a bed with her naked and you don’t want to accidentally… you know.

In an interview with Collider, he went into a little more detail about his feelings toward the love scene.

He chalked up his reaction to making out with Dawson as a result of his upbringing.

“See with love… like for me, my grandmother was really firm and… my mother and grandmother… about how men are supposed to treat women,” Smith said.

He would also reveal that he would have the other actor’s thoughts in mind while doing these scenes. This would sometimes distract him.

“So it is like, for me, my worst nightmare is for an actress to appear on my set and feel like I’m getting this as an option to get a minimal quickie experience, you know, some authorized cheating going on.”

” I just want, specifically, gals to be relaxed about me, “he elaborated.

“I just really don’t want to truly feel like I’m that dude and undertaking a scene where her clothing is off and all of that, it just places me in my defensive area, but it also hurts the acting if I’m in that area,” he said.